We recently published a paper on lessons that for-profit and nonprofit directors can learn from one another about improving organizational governance. The full paper is available here.

For-profit and nonprofit organizations exist for different reasons: for-profits to generate a return on investment for shareholders and nonprofits to pursue charitable and social activities unrelated to commerce. The obligations of the boards of both entities, however, are similar. Both are responsible for oversight of the organization, including reviewing strategy, finances, and performance. Both are also responsible for hiring and firing the CEO (or executive director), evaluating performance, and setting compensation. They are subject to the same legal duties of care and loyalty. While they rely on different metrics to assess whether the organization is meeting its mission, the directors of both entities need to thoroughly understand how the organization’s strategy translates into successful outcomes and, based on this, derive a set of financial and nonfinancial performance measures to reliably track progress.

Extensive research exists on the boardroom practices of for-profit and nonprofit entities. In general, it shows that, while they share common attributes, opportunities exist to learn from one another.

Nonprofit boards might learn from their for-profit counterparts in the following areas:

Formal governance processes. Research suggests that nonprofit governance could benefit from greater rigor and formalization, particularly in the areas of financial reporting, performance measurement, and board evaluation. A survey by the Rock Center for Corporate Governance at Stanford University, BoardSource, and GuideStar (2015) finds that nonprofit boards are deficient in these areas. For example, 42 percent of nonprofits do not have an audit committee. Many, particularly small ones, rely on monthly bank statements to track finances. The study also finds that while most nonprofits (80 percent) claim to formally evaluate the performance of the CEO, a significant minority (39 percent) do not establish explicit targets against which his or her performance is measured. Over a third (36 percent) of nonprofit boards never evaluate their own performance.[1] 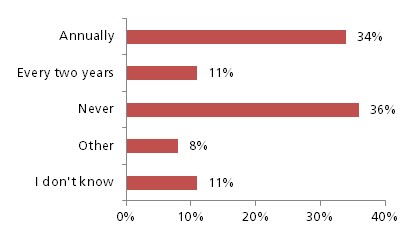 Figure 1: “How often does the board evaluate its own performance?”

Focus on fiduciary obligations. Nonprofit directors could benefit from greater focus on their fiduciary roles. The Rock Center survey cited above finds that a quarter (27 percent) of nonprofit directors do not have a deep understanding of the mission and strategy of their organization. Nearly a third (32 percent) are dissatisfied with the board’s ability to evaluate organizational performance. Only half (47 percent) believe that their fellow board members understand their obligations as directors well or very well. These shortcomings might be due to the fact that many nonprofit directors are asked to balance fundraising and fiduciary obligations that are generally unrelated. Forty-five percent of nonprofits require directors to fundraise on behalf of the organization. Among those that do, 90 percent of directors believe that fundraising is as important or more important than their other obligations.[2] To reduce competing demands on directors’ attention, some experts recommend that nonprofits adopt a bifurcated board structure, in which fiduciary oversight and fundraising obligations are separated.[3]

Expertise and stability. Nonprofits might also benefit from greater expertise and stability at the board level. The Rock Center finds that two-thirds of nonprofit directors do not believe that the directors on their board are very experienced, based on the number of additional boards they sit on. Almost half (48 percent) say their fellow directors are not very engaged, based on the number of hours they dedicate to the organization and their reliability in fulfilling their obligations.[4] BoardSource (2012) finds that most nonprofits operate with a board of directors that is not fully staffed: 46 percent of respondents to their survey report that they are currently recruiting between one and three members, 26 percent between four and six members, and 5 percent more than six members; only 23 percent report being fully staffed. A significant minority (47 percent) report that it is difficult to recruit new members.[5] Researchers have shown that long-tenured directors are associated with positive performance, suggesting that nonprofits benefit from having a more stable, experienced, and informed board.[6]

Corporate boards of directors might learn from their nonprofit counterparts in the following areas:

Balanced power with CEO. Nonprofit boards are characterized by more power sharing than for-profit boards. The vast majority of corporate boards are led either by a chairman who is also CEO or an executive chairman; only 25 percent have a fully independent chairman.[7] By contrast, the CEOs of nonprofit organizations have considerably less power over their boards. According to BoardSource, only 3 percent of nonprofits have a dual chair/CEO; among the remainder the CEO holds a voting directorship 14 percent of the time, a nonvoting directorship 40 percent, and is not a member of the board 46 percent of the time.[8] Independent directorships are associated with better monitoring, and powerful CEOs are sometimes associated with lower governance quality.[9]

CEO compensation. Nonprofit CEOs earn considerably less total compensation than corporate CEOs. The median nonprofit CEO earns $130,400 in annual compensation compared to $2.9 million for the median corporate CEO. While the median publicly traded company is significantly larger than the typical large nonprofit, the differences in compensation are still large.[10] Nonprofit compensation practices are also subject to less controversy, and nonprofit organizations are generally satisfied with CEO pay levels. According to the Rock Center, 51 percent of nonprofit directors believe their CEO is paid the right salary. Those that disagree are much more likely to believe their CEO is underpaid rather than overpaid: 32 percent believe the CEO is paid slightly or well below what he or she deserves, compared with only 7 percent slightly or well above what is deserved.[11] Of note, most nonprofit boards do not have a standing committee on executive compensation.[12]

Finally, for-profit and nonprofit organizations could both improve in the following areas:

Nonfinancial performance measurement. Research suggests that nonprofits and corporations are deficient in tracking important nonfinancial key performance indicators. For example, Deloitte (2005) finds that 90 percent of corporate directors believe that nonfinancial factors are critical to their company’s success, and yet half or fewer report that the quality of information they receive on these measures is good or excellent.[15] Similarly, the Rock Center finds that while almost all nonprofit directors (90 percent) say that their board reviews data to evaluate organizational performance, 46 percent have little to no confidence that the data they review fully and accurately measures the success of their organization in achieving its mission.[16] Research has shown that nonfinancial performance metrics are important indicators of future long-term performance.[17] It also shows that these metrics suffer from low measurement quality.[18] 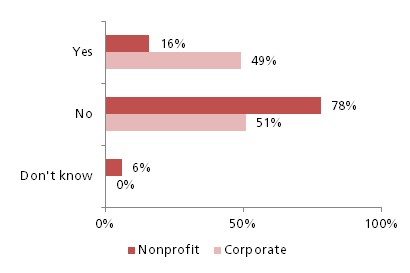 Figure 2: “If your current CEO were to leave the organization tomorrow, could you immediately name a permanent successor?”

While many nonprofits and some for-profits may not have the resources to have a management team that includes a capable successor to the CEO, they would nonetheless benefit from a well-considered action plan outlining what would be done if the CEO suddenly became unavailable due to illness, death, or removal from the job.

Racial diversity. The boards of nonprofits and for-profits are both characterized by low representation of racial minorities. Among nonprofits, 82 percent of directors are Caucasian, 8 percent African-American, 3 percent Hispanic, 3 percent Asian, and 5 percent other.[21] Similarly, among for-profit companies only 9 percent of directors are African-American, 5 percent Hispanic, and 2 percent Asian.[22]

[1] Stanford Graduate School of Business, Rock Center for Corporate Governance at Stanford University, BoardSource and GuideStar, “2015 Survey on Board of Directors of Nonprofit Organizations,” (2015).

[6] Katherine O’Regan and Sharon M. Oster, “Does The Structure And Composition Of The Board Matter? The Case Of Nonprofit Organizations,” Journal Of Law, Economics & Organization (2005).