Public securities markets have undergone dramatic changes in recent years. Not only has the number of publicly traded firms been declining, but the nature of the firms that choose to go public has also changed. While publicly traded firms in the classic sense are thought of as widely-held  with dispersed shareholders, many of the firms that have recently elected to go public are tightly controlled by their founders or other entities via a dual-class stock structure. Almost 30 percent of IPOs in 2017-2019 had dual-class structures, including Snap, Twitter, and Dropbox. Because dual-class structures shield managers from the discipline of the takeover market and shareholder activism, the rise of dual-class stock is puzzling, particularly in light of institutional shareholders’ ongoing efforts to enhance shareholder monitoring.

In our paper, The Rise of Dual-Class Stock IPOs, we empirically explore the determinants of dual-class structures. The academic literature has generally treated dual-class firms as a single monolithic type, measuring excess control rights (voting rights minus economic rights) for directors and officers. However, in reality, the nature of controllers in different dual-class firms varies widely. To break open the dual-class black box, we create a novel database that identifies the shareholders, voting rights, and type of controller in each dual-class IPO over the years 1994-2019. To the best of our knowledge, ours is the first comprehensive study of dual-class stock firms to classify and differentiate between various types of controllers. While the classic example of the founder-controlled firm may be salient, there are many other notable examples of dual-class firms that do not fit this model, such as those where parent and holding companies control the firm. For example, Chipotle, a food chain that went public in 2006, was not controlled by its founder, but rather by McDonald’s. Other types of controllers include private equity (PE) firms, venture capital (VC) firms and non-founder directors and officers.

Using our taxonomy of dual-class firms, we compute the wedge between the voting and economic rights for different types of controllers, as well as for public shareholders.[1] To date, studies of dual-class firms have only computed the size of the wedge for directors and officers, which may provide a distorted measure of the agency costs borne by shareholders. For example, in the case of Chipotle, the directors’ and officers’ economic rights exceeded their voting rights, and therefore their wedge was negative (whereas the controller – McDonald’s – had a positive wedge). In contrast, our more detailed data allows us to accurately capture the potential agency costs of dual-class firms. 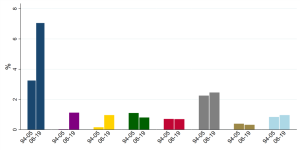 Figure 1: The Percentage of Different Types of Dual-Class IPOs by Controller over Time

We hypothesize that one determinant of dual-class structures is the relative bargaining power of investors versus founders. When founders have greater bargaining power due to greater availability of investment capital, they are more likely to be able to negotiate for greater control rights at the time of IPO, and thus the firm is more likely to adopt a dual-class structure. This theory is particularly appropriate for explaining the controlling power of dominant founders in software companies, such as Facebook and Snap. As argued by Goshen & Hamdani (2015), such founders place high value on the ability to pursue their visions.

To test the bargaining hypothesis, we construct two proxies for the founders’ relative bargaining power at the time the firm goes public. The first is the amount of late-stage VC investment at the industry level in the year before the IPO. The second is the amount of dry powder in the industry, defined as the amount of funds raised, but not yet invested, by VC firms. Both proxies reflect the notion that when private financing is readily available, it serves as an alternative to going public (Ewens & Farre–Mensa, 2018). Greater amounts of available funding lead to “money chasing deals,” which in turn leads to a rise in valuations in the private market. More plentiful funding allows founders to negotiate for greater control rights in a public offering relative to what might be available in a tighter financing environment.

Consistent with our hypothesis, we show that these proxies for bargaining power are positively related to founders’ control and the wedge between founders’ voting and economic rights. In contrast, the bargaining power proxies do not predict dual-class structures in which the controller is not the founder. All our specifications include industry fixed effects, such that the main findings are derived from changes in the availability of financing across time. We also find that younger firms with higher levels of innovation, as measured by the value of their patents, are associated with higher likelihood of founder control – suggesting that founders use dual-class structure to bond theirs firms’ commitment to long-term pursuit of their business strategy (Johnson, Karpoff & Yi 2015). Our results are robust to including controls for hot public markets, such as industry returns or the average under-pricing of recent IPOs in the industry, and the level of takeover activity in the industry prior to the IPO. The results are also robust when evaluating subsamples of the data that exclude certain types of IPOs, such as VC-backed IPOs or IPOs in industries such as software.

We further explore the historical trends in dual-class firm offerings using a difference-in-differences analysis. We exploit the introduction of cloud computing in 2006, which reduced the costs of operations for startups in industries such as software, finance, leisure, and services – collectively “Cloud” industries (Ewens, Nanda and Kropp Rhodes 2018). As a result, startups in these industries became less reliant on VC funding, increasing the relative bargaining power of their founders vis-à-vis their investors. We show that following the introduction of cloud computing, firms in Cloud industries became more likely to adopt dual-class structures that give greater control to founders, particularly for VC-backed IPOs. This finding is consistent with a diminution in the governance role of VC firms over time (Lerner & Nanda 2020) and anecdotal evidence that VC firms have become more deferential to entrepreneurs in the software industry (See for example here and here).

While many firms increasingly go public with a dual-class structure, they may adopt “sunset” provisions that specify the circumstances under which the dual-class structure terminates and is replaced by a single class of shares with no superior voting rights. Sunset provisions substantially limit founders’ control over the firm and therefore the agency costs associated with dual-class structures. We document and classify the main types of sunsets in each dual-class IPO based on the event that triggers the conversion into a single-class firm. The recent debate over sunsets has focused on “time sunsets,” which provide that the conversion into a single-class firm occurs at a pre-determined time, such as five years after the IPO. Opponents of dual-class structures have specifically suggested that all dual-class firms adopt time sunsets to ensure that there is an end to controllers’ superior voting rights. We document a general trend of firms becoming more likely to adopt all forms of sunsets in the latter part of our sample period. We further find that time sunsets are more likely to be included in VC-backed IPOs of dual-class firms and less so in other IPOs. However, despite a growing trend of dual-class firms adopting such provisions, as shown in Figure 2, this trend is substantially weaker for founder-controlled firms. By again exploiting the introduction of cloud computing, we show evidence suggesting that when founders’ bargaining power is stronger, dual-class firms are less likely to adopt time sunsets.

Figure 2: The Percentage of Time Sunsets in Dual-Class IPOs over Time

Finally, our construction of different wedges for founders, VC firms, PE firms, directors and officers, and public shareholders allows us to provide new insights into how dual-class structures relate to IPO firm valuation. We find that the wedge for the founders is positively related to Tobin’s Q and price-to-book ratio, while no such relationship exists for other controller types. Although valuation measures increase with the founder’s wedge, they decrease with the square of the founder’s wedge. This suggests that, while investors are willing to assign a higher value to a firm driven by a founder’s control or vision, they remain skeptical of IPOs where the wedge is extreme; when founders’ voting rights far exceed their economic rights, concerns over high agency costs seem to dampen valuation premiums.