Since its inception, ISS Securities Class Action Services LLC (“ISS SCAS”) has tracked more than 13,000 shareholder class actions across the world, including 12,000+ cases within the United States. In this report, ISS SCAS closely examines the largest securities class action settlements by U.S. state, as well as the District of Columbia.

In the first edition of this report, published in 2018, ISS SCAS identified 48 cases as the largest securities class action settlements, by total settlement amount and by state. In this updated version, ISS SCAS provides a refresh of the data, including recently settled cases that now meet the high bar of the largest settlement by state. Additionally, ancillary charts are included to provide greater insight into the firms involved within securities litigation.

Of the largest cases by state, key highlights include:

The most active lead plaintiff law firms from the 49 listed settlements include Robbins Geller Rudman & Dowd[2] with 19 cases worth a total of $13.18 billion, and Bernstein Litowitz Berger & Grossmann with 13 cases worth a total of $12.96 billion. The notation of these two firms at the top of the list is not surprising, Robbins Geller and Bernstein Litowitz often rank in the top of ISS SCAS’ “The Top 50” annual report of lead plaintiff firms.

In terms of managing investor claims and disbursing funds from these 49 settlements, the most active Claims Administrator is Gilardi & Co. with 20 cases, including two billion-dollar settlements (Enron in Texas and Household International in Illinois). The second leading Claims Administrator is Epiq Systems[3] with 12 cases, including three billion-dollar settlements (WorldCom in New York, Tyco International in New Hampshire, and Royal Ahold in Maryland).

The largest case not included within this report remains the $3 billion Petrobras settlement, the fifth largest of all-time, as the settlement occurred in New York, thus slotted behind the state’s all-time largest settlement, WorldCom. In fact, of the 16 all-time settlements to surpass $1 billion, 50 percent took place within the United States District Court for the Southern District of New York.

For more information on both the largest federal and state cases, plus SEC Disgorgements, please see ISS SCAS’ The Top 100 U.S. Settlements of All-Time report.

This report illustrates the largest securities class action settlements, by total settlement amount, within each of the 50 U.S. states and the District of Columbia. It provides information on the company name, settlement date, state of settlement, and the total settlement fund. The ISS Securities Class Action Services “Largest Settlements by State” report does not include non-U.S. cases, antitrust cases, state court cases, nor SEC disgorgements. 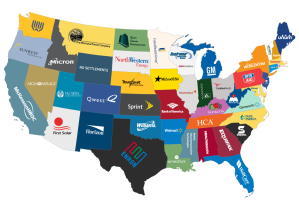 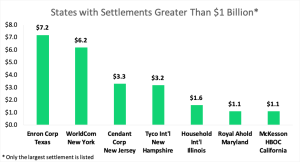 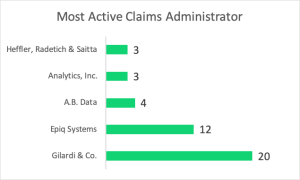 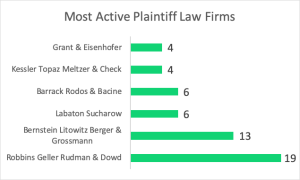 [1] The 49 settlements come from 47 states and the District of Columbia (Wisconsin has two settlements listed within this report – due to a tie).

This post comes to us from Institutional Shareholder Services. It is based on the firm’s report, “The Largest U.S. Settlements by State,” dated as of July 1, 2021.