Pursuant to the Dodd-Frank Act, the Securities and Exchange Commission (SEC) adopted the conflict minerals disclosure (CMD) rule, which requires issuers to perform due diligence on “conflict minerals” – natural resources known to fuel conflicts in underdeveloped nations – that are used in the “functionality or production” of their products. The issuers must disclose whether their products contain tantalum, tin, tungsten, or gold (3TG) from the Democratic Republic of Congo (DRC) or any of nine neighboring African nations (together, the covered countries). The CMD rule is designed to further the humanitarian goal of ending the extreme violence perpetrated by armed groups against civilians in the mining regions of the covered countries. This use of a mandatory disclosure regulation to address an urgent humanitarian issue reflects a shift from the SEC’s traditional role of investor protection to one of stakeholder protection (Lynn, 2011). 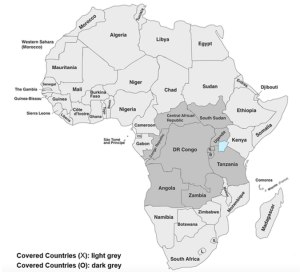 It is an open empirical question whether the CMD rule fulfills its goal of promoting sourcing transparency and corporate social responsibility, let alone whether it reduces conflict in covered countries. First, companies have struggled to acquire and provide detailed information regarding the source of their 3TG minerals, especially if they operate multi-layered supply chains (Kim and Davis, 2016). Second, even if companies discover that such minerals have been coming from covered countries, they must take numerous and often complex and costly steps to address the issue. Lastly, the SEC mandate does not impose a direct penalty for using conflict minerals (although issuers that make a false or misleading CMD are liable to any person who purchased or sold a security at a price that was affected by that CMD). Thus, companies may continue to source conflict minerals from the covered countries without legal repercussions, particularly given that the mandate does not constitute an embargo on the trade of conflict minerals from all covered countries. Hence, it is uncertain whether we will find evidence of a decrease in conflicts given the number of reasonable arguments for why the CMD rule may not achieve its desired aim.

We expect that the process of preparing CMDs (e.g., ascertaining the percentage of conflict-free smelters/refiners) will make firms more aware of what goes into their products and escalate stakeholder pressure accordingly, thus prompting companies to avoid using conflict minerals. We observe that various stakeholders are keenly aware of CMDs. For example, preparing CMDs increases the upstream visibility of a company’s supply chain, allowing managers to   increase profits and sales. (Swift et al., 2019). Likewise, creditors give more trade credit to companies with more supply chain visibility (Ng et al., 2020). In addition, consumers, humanitarian groups, investors, and the public all use CMDs to evaluate corporations’ commitment to social responsibility. This practice is reflected by the comment letters submitted to Acting Chairman Michael S. Piwowar’s Reconsideration of Conflict Minerals Rule Implementation (2017). After carefully reviewing all 323 comments, we find that 270 supported the legislation’s implementation. Finally, the market incorporates the information in CMDs. Share prices drop for companies that source minerals from the DRC and adjoining countries, violate human rights, or provide ambiguous disclosures. Conversely, share prices appear to rise for firms that mitigate risks of sourcing conflict minerals (Elayan et al., 2021).

With hand-collected data from 4,068 CMDs for 1,033 unique firms, we assess whether companies source minerals responsibly. We find that the disclosure requirement compels managers to learn more about the conflict minerals within their supply chains and that, consequently, supply chain transparency improves year after year. Responsible sourcing, measured as a greater percentage of conflict-free smelters/refiners in the firm’s supply chain or a policy for avoiding the use of conflict minerals, also increases. The average percentage of conflict-free smelters/refiners rises from 44.6 percent to 81.9 percent between 2014 and 2018; the cumulative level of firms that adopt dissociation policies increases from 45 percent to 64.5 percent between 2014 and 2016.

We also find evidence that greater public attention to a firm’s CMD increases its commitment to responsible sourcing. Specifically, per 100 downloads of a firm’s specialized disclosure from EDGAR, there is a 1.2 percent increase in the percentage of conflict-free smelters/refiners and a 4.5 percent increase in the likelihood that a company will implement a policy for avoiding the use of conflict minerals. In addition, there is evidence that the market considers such commitments value-enhancing given its positive reactions, calculated as the cumulative market-adjusted return of a firm in the five days surrounding the CMD’s filing date. An increase of one standard deviation in the number of conflict-free smelters/refiners (24.2 percent) leads to an increase of about 0.6 percent in market value. Moreover, we observe an increase of about 0.3 percent in market value for firms that disclose dissociation policies over the five-day window. Given that the average firm’s market value is $11.157 billion, an increase of 0.1 percent equates to $11.157 million.

We then investigate whether the movement toward responsible sourcing improves the quality of life in the covered countries. We leverage data from the Armed Conflict Location & Event Database (ACLED) to obtain dates, locations, and types of conflict events from 2010 to 2019. Following Berman et al. (2017), we exploit a georeferenced panel dataset that divides the entire continent of Africa into about 10,000 subnational units and compare changes in conflict incidence around mining areas of the covered countries relative to the contemporaneous changes in conflict incidence in the mining regions of non-covered countries. Based on our analysis, conflicts in covered countries’ mining regions decrease by roughly 15 percent, on average, after the CMD mandate. We also show that the CMD rule effectively mitigated both violent and non-violent conflicts. Finally, to alleviate concern that the CMD rule motivates the migration of mining areas’ armed groups to other regions, we examine whether conflict incidence spills over into non-mining areas. We find evidence that conflicts in the mining regions did not decrease at the expense of exacerbating violence elsewhere.

Our study answers Christensen et al. (2021)’s call for more research on the consequences of environmental, social and governance (ESG) reporting. We show that CMDs affect stakeholders beyond traditional investors. More broadly, we extend the literature on disclosures’ real effects by identifying how companies make decisions in response to information revealed in non-financial disclosures that may influence non-financial stakeholders (e.g., consumers, suppliers, and communities that are adversely affected by corporations’ upstream operations).

Our empirical evidence on the real effects of CMDs provides a rationale for evidence-based policymaking. First, our findings suggest that transparency can nudge companies to change their sourcing and alleviate unintended consequences of irresponsible sourcing. The DRC supplies approximately 65 percent of the world’s cobalt, the mineral that is powering the transition to clean energy through batteries and other technological innovations. To this end, the addition of cobalt as a conflict mineral may align with the spirit of the CMD rule. Lastly, as the Government Accountability Office recommends, performance indicators for assessing progress toward the aims of the conflict minerals rule should be accounted for. The U.S. government can leverage data on conflicts, non-governmental organizations’ efforts, and academic research to evaluate the impact of CMD.