Yet enhanced mandatory disclosure can also prompt acquirers to cut back on acquiring costly private information and reduce their incentives to discover proprietary information about potential targets. Acquirers may engage in less information discovery about alternate uses of the targets’ resources and, as a result, make fewer takeover bids. Thus, the impact of disclosure mandates on M&A activity is unclear.

In general, banks are among the most opaque corporate entities. Privately held banks, though, are especially opaque. They are not registered with the SEC and so not subject to quarterly financial reporting requirements. Moreover, few, if any, information intermediaries (e.g., analysts, credit rating agencies, etc.) generate information or reports on private banks. Therefore, regulatory financial filings are the primary source of publicly available information for privately held banks.

Federally supervised commercial banks must also file Call Reports quarterly. The Call Reports are bank-level financial statement-based reports containing information similar to that of the holding company-level FR Y-9C reports. However, significant information critical for assessing the risk and overall profitability of a bank available in the FR Y-9C reports is missing from the Call Reports. For instance, the Call Reports lack information about (1) intracompany transactions, (2) nonbank subsidiaries, (3) interest-rate sensitivity, (4) insurance-related underwriting activities, and (5) financial statement effects of acquisitions during the quarter. 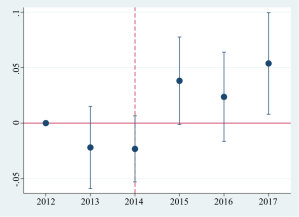 We also show that acquirers earn relatively higher bid-announcement returns when targeting BHCs with more detailed and frequent mandatory disclosure. These results suggest that the availability of public information about BHCs decreases both the acquirers’ search costs and the uncertainty regarding potential value creation through M&A. Finally, we find that the time to complete the acquisition following identification of a target does not differ significantly between banks above and below the $1 billion asset-size threshold. This finding is consistent with acquirers having access to private information about targets following the signing of confidentiality agreements or letters of intent, which reduces their reliance on public financial information.

Overall, our findings suggest that, while small BHCs may benefit from the reduction in reporting and proprietary costs associated with reduced mandatory financial disclosure, they bear the cost of less interest from potential acquirers. To market themselves as a target, small BHCs now need to incur additional costs and may not be able to reach all potential buyers.

Second, our findings should interest bank regulators as they implement and evaluate asset size-based mandatory disclosure regulations. Small BHCs are exempted from filing the more detailed FR Y-9C reports quarterly to reduce their regulatory burden. We document an unintended consequence of this regulation: a reduction in the liquidity and market discipline of small BHCs because of a decrease in the likelihood of small BHCs being targets of acquisitions.

On July 9, 2021, President Joseph Biden signed an executive order calling for greater scrutiny of bank mergers to promote competition in financial services.[1] Our findings suggest that bank regulators should consider the impact of bright-line asset threshold-based disclosure mandates on M&A activity and competition in the banking industry.

This post comes to us from professors Urooj Khan at the University of Texas at Austin’s McCombs School of Business, Doron Nissim at Columbia Business School, and Jing Wen at the City University of Hong Kong’s College of Business, It is based on their recent paper, “Mandatory Disclosure and Takeovers: Evidence from Private Banks,” available here.