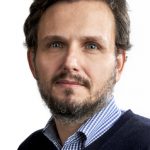 In the United States, President Trump has struggled to decide whether Jay Powell or China’s Chairman Xi is the greater enemy to the U.S. In Turkey, President Erdogan concluded that “interest rates are the mother of all evil,” switched out his central bank governor for refusing to lower interest rates, and reined in the independence of the central bank with the stroke of a pen. In India, Indonesia, Ukraine, and elsewhere, lawmakers are tightening the political grip on monetary authorities. These examples reflect a new reality in monetary policy circles: the political retreat from central bank independence, … Read more