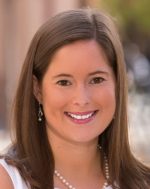 At the World Economic Forum in Davos in January 2020, Larry Fink – the chief executive of the world’s largest asset manager, BlackRock – wore a climate change-themed scarf. It featured the “warming stripes” visual, where the color of the stripes represented the annual average temperatures of planet earth from 1850 to 2019. The scarf served to emphasize Fink’s – and BlackRock’s – professed commitment to putting sustainability at the center of the firm’s investment approach. Yet, in a new paper, I argue that, when it comes to climate change, there are significant gaps between the interests … Read more