On March 25, 2015, the Securities and Exchange Commission voted unanimously to adopt final rules to implement the rulemaking mandate of Title IV of the JOBS Act by adopting amendments to Regulation A. In December 2013, the SEC had released a proposed rule that essentially retained the current framework of Regulation A and expanded it for larger exempt offerings. The proposed rules were generally well-received. The final rules addresses a number of issues raised by commenters, while retaining substantially the same approach outlined in the proposed rule.

Briefly, by way of background, existing Regulation A provides an exemption from the … Read more

If Aesop were still in the fable-writing business, and he had been watching the last three years of Dodd-Frank Act rulemaking, we would probably be reading the Snail and the Tortoise to our kids. In this issue of Dodd-Frank at Three, we are, once again, inclined to direct your attention to the tortoise. At each milestone since enactment of the Act, we have noted that slow and steady implementation progress was being made by the banking agencies, the SEC and the CFTC, and we were beginning to see a new regulatory framework for financial institutions take shape. On this third … Read more 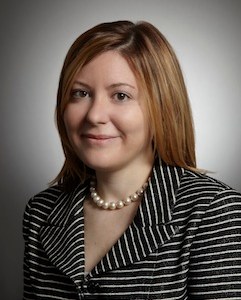 If nothing else, the JOBS Act has focused more attention on the “metaphysics” of securities offerings.  Even those who are not securities geeks might readily acknowledge that at some point in our recent past, there were some characteristics typically associated with “private placements” and private placements could be distinguished from public offerings.  Beginning in the mid-1990’s many of those distinctions became increasingly blurred as hybrid offering alternatives, like PIPE transactions, became more popular.  The objective of a PIPE transaction was to reduce the liquidity discount typically associated with restricted securities that had been offered in a private placement by enabling … Read more