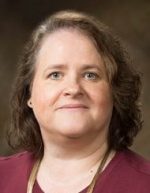 In 2008, the world ushered in the blockchain era[1] with a whitepaper posted pseudonymously in an online discussion of cryptography under the name “Satoshi Nakamoto.”[2] That paper formed the foundation for Bitcoin, the first blockchain-hosted cryptoasset,[3] a new substitute for conventional government-backed currency that was designed to be “secure, international and fungible,” and free from the control of any government or other central authority.[4] Today, there are more than 9,000 different cryptoassets with a total market capitalization that has exceeded $2 trillion,[5] and we are long past the wild, wild west of unregulated crypto activity. … Read more

On Monday, January 8, 2021, Tesla announced in a filing with the Securities and Exchange Commission that it had purchased $1.5 billion worth of Bitcoin.[1] This purchase coincided with a dramatic increase in the price of the cryptoasset, which was trading at around $37,000 per Bitcoin on February 5, 2021, but climbed to over $48,000 per Bitcoin on February 11.[2] Bitcoin is unusual in the United States, because it is one of a handful of cryptoassets that are not regarded as securities and regulated as such by the Securities and Exchange Commission (SEC). In fact, of cryptoassets with … Read more