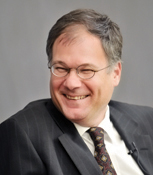 There is a buzz in the air concerning bankruptcy examiners. Recently in such cases as ResCap, Dynegy and Tribune, and perhaps now in Caesars, examiners have played a decisive role in resolving major chapter 11 cases that turned on disputed litigation claims and avoiding power rights. Numerous commentators, and now the ABI Chapter 11 Study Commission, have called for their expanded use.

“Litigate or settle” is the dispute resolution choice generally available in American courts, including bankruptcy courts. But there is another way: An inquisitorial model of justice in which an active and informed neutral investigates the … Read more