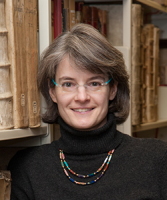 Despite having become a cliché, the past is not always a foreign country. When Craig Muldrew wrote in his book, Economy of Obligation, “Increasing consumption and investment in the expansion of production meant that household debt loads grew to levels at which financial failure was an increasingly common experience” (pp. 16-17), he could have been writing about the modern economy. But he was not. He was describing sixteenth-century England. Pre-modern Europe was an economy built on credit. Fiat money did not exist, the supply of specie was insufficient to meet the daily needs of consumers and the trade of … Read more