In corporate democracy, the default system for electing directors is voting, but shareholders are free to commit their votes by contract. In private companies, shareholders routinely do so, using shareholder agreements – contracts among the owners of a firm – to bargain directly over directorships and other rights of control. In recent years, disputes involving these agreements have increasingly appeared before Delaware’s courts. In late 2019, the Delaware Supreme Court issued a controversial decision addressing whether the parties to a shareholder agreement together formed a controlling shareholder and holding that, in this case, they did not. Economists and legal scholars, … Read more 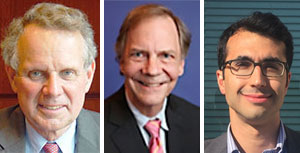 Over the last few decades, how stocks are traded in the United States has been totally transformed. Gone are the dealers on NASDAQ and the specialists at the NYSE. Instead, a company’s stock can now be traded electronically on up to sixty competing venues where a computer matches incoming orders. A majority of quotes are now posted by high-frequency traders (HFTs), making them the market makers that are the preponderant source of liquidity in the new market.

This new stock market has spawned a bewildering number of controversies. From the quoting practices of HFTs, to the rise of so-called dark … Read more