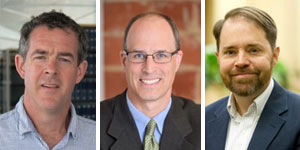 It has long been assumed that shareholders’ rights in the United States diminished considerably through the 20th century as a result of a competition among states to attract and retain corporations. More recently, various commentators have disputed the significance of this “race to the bottom,” (or “to the top,” depending upon one’s view of the efficiency of the rules that were displaced during such a race). They say the traditional focus on developments in state corporate law is misleading because it overlooks the substantial growth in federal influence over corporate law since the 1930s and particularly since the early … Read more