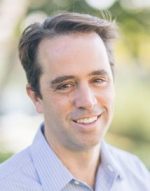 Incomplete contract theory recognizes that parties have neither the interest, nor the time, nor the ability to anticipate and address every contingency in contracts. The more complex and time-sensitive the transaction, the more practical constraints force lawyers to limit the scope of drafting and broadly rely on legal defaults and open‑ended terms to plug holes and address contingencies.  In theory, this should explain why practitioners broadly choose Delaware as the preferred jurisdiction and forum for merger and acquisition (M&A) transactions and other high‑end corporate deals.  Lawyers appear to perceive Delaware as superior to other states both for its default rules … Read more

Republican and Democratic leaders have both called for greater scrutiny of the power and influence of Big Tech firms, but, unsurprisingly, they have disagreed about how to address the problem.  Senator Elizabeth Warren and many other leading Democrats have called for breaking up Google, Amazon, and Facebook in a revival of the trust-busting progressive era of the early 20th century.  In contrast, the Trump administration has triggered traditional monopoly review of  a number of leading technology firms, which is likely to lead only to financial sanctions or more modest remedies.

In a recent article, I argue that politicians’ concerns … Read more 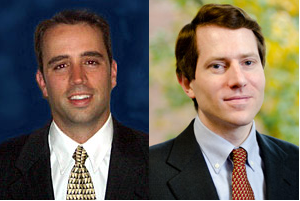 Delaware dominates the incorporation market, with approximately 60% of publicly traded companies in the United States incorporated there, including 63% of the Fortune 500 companies. Over 90% of companies that incorporate outside of their principal state of operations make Delaware their state of incorporation. The unresolved question is why corporate lawyers and their clients are drawn to Delaware when most companies have little more than a P.O. Box based in the state.

In The Delaware Delusion, we set out to empirically assess whether there is an economic basis for Delaware’s appeal in the market for company incorporations. We set out … Read more

The financial crisis starkly exposed the need for rating agency reform, yet the most important questions of how to enhance rating agency competition, accuracy, and accountability remain largely unanswered.  My article,  Downgrading Rating Agency Reform, assesses the shortcomings in the design and implementation of the Dodd-Frank Act reforms.  It suggests how regulators can promote competition and heighten rating agency accountability by using regulatory incentives to break up the three leading rating agencies that account for 96% of the market.  It argues exposing rating agencies to investor suits for grossly negligent conduct coupled with caps on damages would balance the … Read more