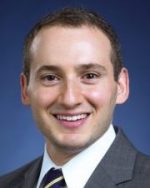 An October 2017 Treasury Department report on the asset management and insurance industries includes an important—and fundamentally flawed—recommendation that could change the way U.S. regulators monitor risk in the financial system.  The Treasury report recommends that regulators focus on identifying and overseeing potentially risky financial activities rather than systemic firms like AIG, Lehman Brothers, and Bear Stearns.

This proposal, long favored by the insurance sector, would represent a sharp departure from U.S. and global regulators’ approach to systemic risk since the financial crisis.  When Congress created the Financial Stability Oversight Council as part of the Dodd-Frank Act, it gave the … Read more