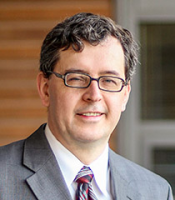 After languishing relatively disused for nearly eighty years, municipal bankruptcy is part of the new normal. The eyes of the nation were riveted on Detroit, and smaller filings across the country have proliferated in recent years. As Warren Buffett has argued, bankruptcy is becoming more legitimate as a way of dealing with municipal financial distress, and we should expect to see more of it.

At the same time that municipal bankruptcy is becoming more common, the image of the typical municipal creditor is changing; the typical creditor may be a retired worker instead of a distant bondholder. In the wake … Read more