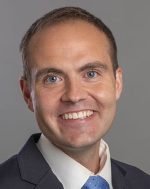 In the last half-century, technological progress has stagnated. The century from 1870 to 1970 brought electricity, running water, telephones, television, automobiles, and airplanes. Life expectancy at birth rose from 45 to 72. But since the early 1970s, progress has been incremental. Innovation has become synonymous with computers and smartphones because there have been so few transformative technologies in other fields.

Some economists believe that the economy has simply picked the low-hanging fruit. But there are plenty of emerging technologies with the potential to reignite productivity growth – including artificial intelligence, renewable energy, and nanotechnology. The problem is that each of … Read more

Until the last decade, most startups that grew to become valuable businesses chose to go public. Late-stage startups with reported valuations over $1 billion used to be so rare that venture capitalist Aileen Lee called them “unicorns.” When she coined the term in 2013, there were only 39 startups claiming billion-dollar valuations. By 2021, despite the surge in companies going public through SPACs, the number of unicorns had passed 600. In a new article, Taming Unicorns, I argue that securities regulation needs to adapt to these new creatures.

Unicorns have developed a reputation for scandal, with the misconduct of … Read more