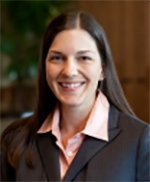 Private ordering has become a common way to restructure key aspects of public corporation governance. Stockholder activists and boards of directors alike are testing the bounds of the freedom to contract in the charter and bylaws, adopting provisions aimed at reshaping the balance of power in corporations. In considering recent efforts, the courts have largely shown a willingness to uphold these governance arrangements. With no sign that courts will restrict corporate governance contracting[1] and every indication that the private ordering trend will persist, the focus of legal battles will shift from the validity of contract provisions to their meaning. … Read more

On September 29, in the case of Palmer v. Reali, the U.S. District Court for the District of Delaware confronted claims that two corporate officers engaged in conduct that breached their fiduciary duties and eventually led to the bankruptcy of the corporation.[1] The defendants moved to dismiss the claims based, in part, on the contention that the business judgment rule precluded recovery. The court denied the motion, concluding that the plaintiff had alleged sufficient facts to support its claims and pointing out that the defendants failed to cite any case in which a Delaware court held that the … Read more 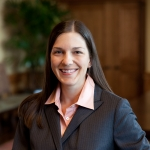 Stockholders’ ability to sue to protect their interests plays a critical role in corporate governance.[1] As described by the Delaware Court of Chancery: “Due to rational passivity, ‘it is likely that in a public corporation there will be less shareholder monitoring expenditures than would be optimum from the point of the shareholders as a collectivity.’ Incentivized by contingent fees, specialized law firms representing stockholder plaintiffs can ‘pursue monitoring activities that are wealth increasing for the collectivity (the corporation or the body of its shareholders).’ ‘In so doing, corporations are safeguarded from fiduciary breaches and shareholders thereby benefit.’ Understood from … Read more