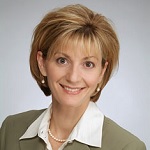 Corporate directors inevitably must make real-time decisions on complex and nuanced matters that impact not only the company, but also the company’s various stakeholders—e.g., shareholders, creditors, and employees.  The pressure cooker that often is the corporate boardroom is not for the faint of heart.  The directors’ job becomes even more challenging when the company experiences a financial or operational setback.  The divergence in interests among the company’ stakeholders intensifies, and there rarely is one clear path forward.

In theory, state law fiduciary duties should guide directors’ decisions in these difficult situations and protect the company’s and its shareholders’ interests.  In … Read more

Chapter 11 of the U.S. Bankruptcy Code strives to rehabilitate distressed companies and maximize creditors’ recoveries. After its enactment in 1978, the Code served those purposes well, saving companies such as Federated Department Stores, Laidlaw International, Texaco, and multiple U.S. airlines. In the process of those reorganizations, secured and unsecured creditors received distributions on their claims, employees retained their jobs, and revenue streams continued for local, state, and federal governments.

The following post comes to us from Michelle Harner, Professor of Law and Director of the Business Law Program at the University of Maryland Francis King Carey School of Law.  It is based on her recent paper entitled “The Value of Soft Variables in Corporate Reorganizations,” which is forthcoming in the University of Illinois Law Review and is available here.

When a company is worth more as a going concern than on a liquidation basis, what creates that additional value?  Is it the people, management decisions, the simple synergies of the operating business, or some combination of these types … Read more