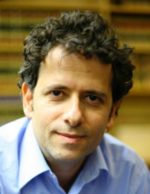 Which countries provide the strongest investor protection laws? How are such laws related to the level of capital market development and ownership concentration in public companies? In a series of influential works, La Porta, Lopez-de-Silanes, Shleifer and Vishny (1997, 1998, 1999) report that investor protection laws are largely determined by a country’s legal origin, with common law countries generally providing the strongest ones.[1] These scholars also contend that countries with the strongest such laws tend to have the most developed capital markets and the least concentrated ownership of shares in their largest public firms.  Further, the scholars advance a … Read more

We are living through a stock buyback revolution. Over the last decade, the amount that U.S. public firms have spent on buying back stock from their shareholders rose threefold to a record level of roughly $1 trillion in each of 2018 and 2019. By the end of 2019, the scale of buyback activity had increased to the point that total shareholder payouts (stock buybacks and dividends together) took up the full amount of corporate earnings. After a pandemic-related pause in 2020, the buyback wave is roaring to life again.