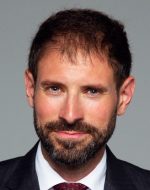 On April 17, 2019, U.S. Secretary of State Mike Pompeo announced that President Trump would not suspend for any additional periods of time Title III of the Cuban Liberty and Democratic Solidarity Act – better known as “Helms-Burton.”[1]  Title III of Helms-Burton allows U.S. nationals whose property was expropriated by the Cuban government on or after January 1, 1959, to sue in U.S. courts anyone – regardless of nationality – who knowingly and intentionally “traffics” in that property.  But, in response to strong opposition from many of the United States’ close allies and trading partners and to concerns about … Read more