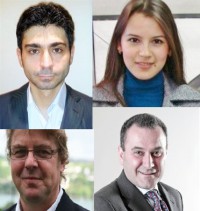 In September 2007, Northern Rock, a British bank, sought and received liquidity support from the Bank of England because of financial difficulties resulting from the global financial crisis. As a result of mounting political pressure that Northern Rock was exploiting taxpayers’ money to pay its shareholders, the bank decided to scrap a £59m interim dividend payout, which had been announced before the beginning of the crisis (Financial Times, 2007).