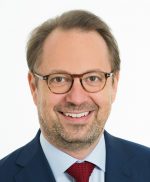 Since its creation in 2008, the blockchain has seemed incompatible with legal constraint. Satoshi Nakamoto, the pseudonymous inventor of Bitcoin, hailed the blockchain’s “unstructured simplicity.” Even now, apostles of distributed ledger technology (DLT) strongly resist the idea that it needs regulation, arguing that it was designed precisely to avoid centralized control.

This did not, however, stop courts and legislators around the world from becoming increasingly concerned about DLT. They are no longer focusing only on the dangers cryptocurrencies might pose to the public, such as its potential use in money-laundering, the financing of terrorism, or tax … Read more

One of the key issues in the on-going overhaul of the global financial system is the structural reform of banking systems. Legislatures in different states, e.g. the United States, France, Germany, and the United Kingdom, have all taken measures to protect individual depositors’ assets against losses from risky bank activities. On 29 January 2014, the European Commission joined the transnational effort by publishing its own proposal on the subject. Each measure is slightly different. There are good reasons to wonder about the effect that this type of legal fragmentation will have on the global financial system. In a recent paper … Read more