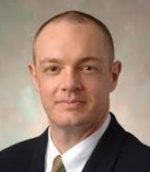 Concerns about a lack of viewpoint diversity in stakeholder capitalism have been touched upon in commentary about the SEC’s recent climate change proposal. For those not caught up, the SEC has proposed a rule that would “require registrants to provide certain climate-related information in their registration statements and annual reports.”[1] The proposed rule has been widely discussed, and to some extent criticized, in corporate governance circles. Professor Sean Griffith, for example, argued in a recent paper that “the proposed climate rules create controversy by imposing a political viewpoint, by advancing an interest group agenda at the expense of investors … Read more

In 1985, the Delaware Supreme Court, in Unocal Corp. v. Mesa Petroleum Co.,[1] held that the “omnipresent specter” of a conflict of interest sufficiently clouds judicial review of anti-takeover measures to require application of enhanced scrutiny.  Notably, the court essentially took judicial notice of the inherent nature of the conflict that “of necessity” confronts the directors in these cases.  Thus, the court delayed application of the deferential business judgment rule until directors could satisfy the court that a threat to the corporation existed and that adopted anti-takeover devices were reasonably related to the perceived threat.