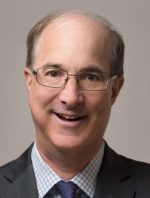 In late March, Argentina and the IMF agreed on a new arrangement that would enable Argentina to avoid falling into arrears on the IMF’s 2018 loan. However, the agreement was reached only after protracted and tortuous negotiations that dragged on for at least 18 months and concluded only at the last minute before a de facto March deadline.

In a new two-part article, I discuss the many twists and turns of the process and review the major substantive policy differences between Argentina and the IMF as well as the political considerations involved in the negotiations.

In a new article, I discuss the impact of the currently turbulent global economic environment on the prospect for sovereign debt defaults and restructurings in emerging economies.  I also review three types of emerging markets sovereigns that may be at risk of such defaults and restructurings: countries adversely affected by the economic fallout from the war in Ukraine (e.g., Egypt), countries weighted down by debt incurred in connection with China’s Belt and Road Initiative (BRI) (e.g., Sri Lanka), and countries that have had ongoing sovereign debt problems (e.g., Argentina and Venezuela).

Like advanced economies, emerging economies were buffeted by the global economic slowdown stemming from the COVID-19 pandemic and the associated lockdowns of national economies. In 2020, emerging economies (and developing countries) contracted by 2.1 percent (their steepest decline in many years), but the decline was not as severe as in advanced economies (-4.6 percent), according to the latest data from the International Monetary Fund (IMF), released in July 2021 as part of its World Economic Outlook Update.

Emerging economies and developing countries taken as a whole are expected to experience a major rebound this year, with anticipated growth reaching … Read more

Venezuela is facing not only a grave humanitarian crisis, but an acute financial and economic one as well–including a massive debt burden.  Moreover, Venezuela is in the throes of an extended political stalemate between the forces aligned with the regime of Nicolás Maduro and those led by opposition leader and so-called “interim” Venezuelan president Juan Guaidó.  However, as long as the Maduro regime remains in power, it seems unlikely that Venezuela will be able to negotiate a restructuring deal with its foreign creditors, due in no small part to certain restrictions provided for in the current U.S. sanctions regime vis-à-vis … Read more