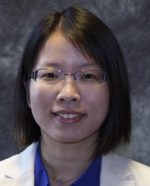 Critics of mandatory public disclosure often argue that it may put disclosing firms at a competitive disadvantage by requiring them to  reveal potentially proprietary information to rivals. For instance, when the Financial Accounting Standards Board (FASB) proposed to mandate more disaggregated disclosure of segment information, many firms lobbied vigorously against the new rule (SFAS No. 131), arguing that it would be “competitively harmful to the reporting enterprise” (FASB 1997).

However, there is little evidence that reporting mandates actually result in competitive harm. More importantly, it is unclear whether the expressed concerns about proprietary costs reflect the true lobbying motive. Research … Read more