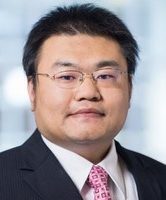 On December 22, 2017, President Trump signed the Tax Cuts and Jobs Act (TCJA), which is the largest gross tax cut in American history (cutting more than $5.5 trillion in taxes over 10 years); the act took effect on January 1, 2018. The TCJA has two key elements: (i) a reduction in the corporate income tax rate from 35 percent to 21 percent, and (ii) a one-time tax holiday that cuts the tax on cash repatriation from foreign subsidiaries from 35 percent to 15.5 percent. Furthermore, in connection with (ii), the U.S. corporate tax system also moved from a worldwide … Read more