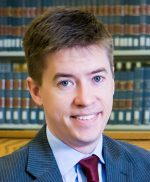 On July 19, 2022, in the Twitter v. Musk litigation, Chancellor Kathaleen McCormick presided over what was likely the most widely observed hearing on a motion to expedite in the Delaware Court of Chancery’s history. While deal bust-ups are front page fare for the financial press, the high profile of this case brought the Court of Chancery further into the national consciousness than usual (though who among us hasn’t asked “what is a chancery?”). On the day of the hearing, the public access telephone line was, indeed, “lit,” hitting its maximum capacity with merger arbs (and other interested … Read more