President-Elect Trump’s transition website promises to “dismantle the Dodd-Frank Act and replace it with new policies to encourage economic growth and job creation.” For those who wonder what that might mean in more detail, we believe that Rep. Jeb Hensarling’s (R-TX) Financial CHOICE Act, introduced earlier this year, is a starting point that signals a potential general direction of travel for financial reform. It is not the end, however, as we expect that the Republican Congress and Administration will have more ambitious plans for a significant reorientation of the regulatory framework (for instance, Rep. Hensarling has stated that he will work towards Financial CHOICE Act 2.0 soon), and complex negotiations both within the Republican Party and with Democrats will further shape the ultimate result.

The Financial CHOICE Act is not a blanket repeal of the Dodd-Frank Act. Its 512 pages would make intricate changes to the regulatory landscape introduced by the Dodd-Frank Act, repealing some elements, modifying others in complex ways and leaving others untouched. It would repeal the Volcker Rule, the Durbin Amendment, the Orderly Liquidation Authority (to be replaced by changes to the Bankruptcy Code) and the DOL fiduciary duty rule. Neither the Financial CHOICE Act, nor the transition website, mentions the Glass-Steagall Act. The regulation of over-the-counter derivatives would remain in place.

The Financial CHOICE Act would:

A number of separation of powers reforms are contemplated that would bring the federal financial agencies (including the non-monetary policy operations of the Federal Reserve) into the congressional appropriations process and otherwise under more congressional oversight. The Financial CHOICE Act would also subject their participation in the Basel Committee, the Financial Stability Board and other international financial regulatory coordination bodies to public notice and comment requirements. Finally, it would require congressional approval of major rules and impose a robust cost-benefit analysis requirement on these agencies. It would also make a number of changes designed to encourage capital formation in the goal of jobs growth.

The chart below provides a high-level summary of what the Financial CHOICE Act would do, expanding on the themes mentioned in this introduction and others. 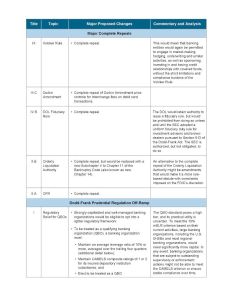 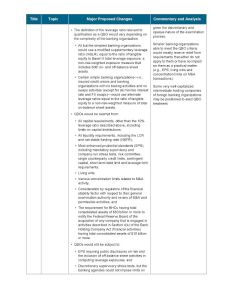 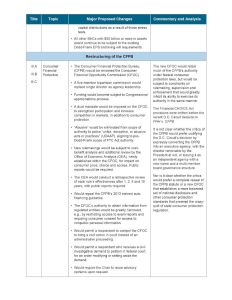 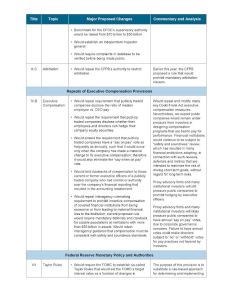 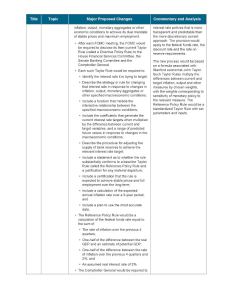 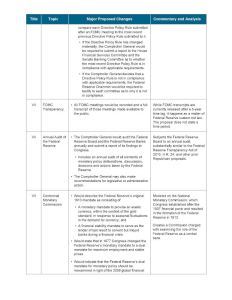 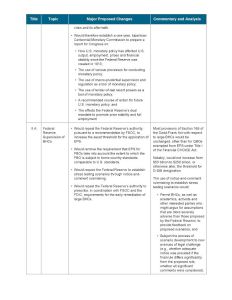 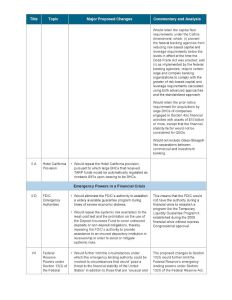 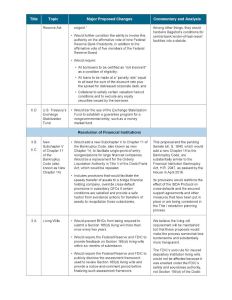 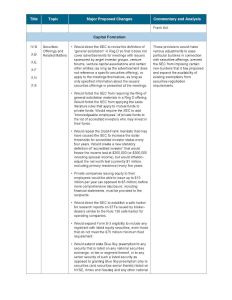 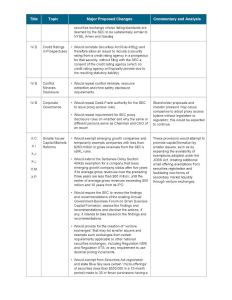 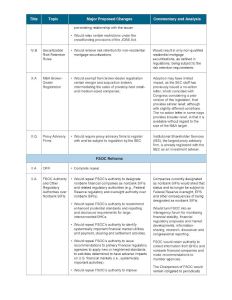 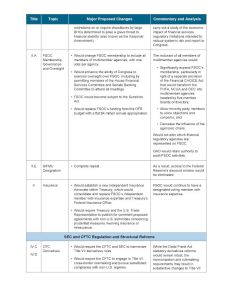 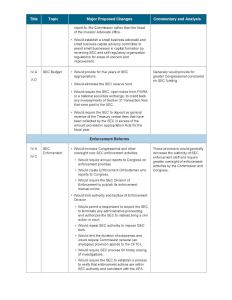 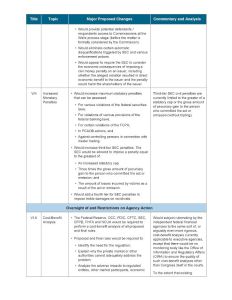 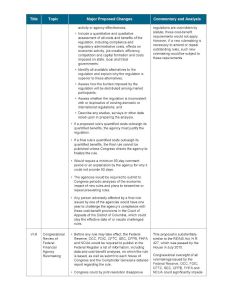 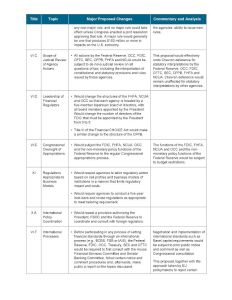 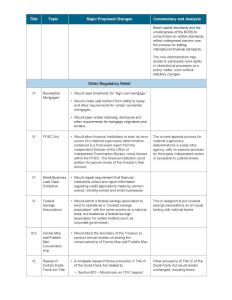 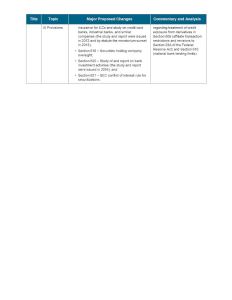 This post comes to us from Davis Polk & Wardwell LLP. It is based on the firm’s client memorandum, “Trump Transition: Financial CHOICE Act — Only the Beginning,” dated November 17, 2016, and available here.