President-Elect Trump’s transition website promises to “dismantle the Dodd-Frank Act and replace it with new policies to encourage economic growth and job creation.” For those who wonder what that might mean in more detail, we believe that Rep. Jeb Hensarling’s (R-TX) Financial CHOICE Act, introduced earlier this year, is a starting point that signals a potential general direction of travel for financial reform. It is not the end, however, as we expect that the Republican Congress and Administration will have more ambitious plans for a significant reorientation of the regulatory framework (for instance, Rep. Hensarling has stated that he will … Read more

On November 18, 2015, the Securities and Exchange Commission (“SEC”) proposed amendments (the “Proposal”) to Regulation ATS and related rules under the Securities Exchange Act of 1934 (the “Exchange Act”) to impose extensive new transparency requirements on, and greatly increase the SEC’s active oversight of the design of, alternative trading systems (“ATSs”) that facilitate transactions in National Market System stocks (generally, exchange-listed equities) (“NMS Stock ATSs”).

On February 11, 2015, the Securities and Exchange Commission issued a final rule (the “Final Rule”) and proposed amendments (the “Proposed Rule”) on the reporting and public dissemination of security-based swap (“SBS”) information, as mandated by the Dodd-Frank Wall Street Reform and Consumer Protection Act.

The following is based on a memo from Davis Polk, published on October 7, 2013, which is available here.  The original memo contains many useful tables and definitions which have been omitted from this post.

This memorandum comprises Part I of a two-part series of client memoranda on the Final Rule. This Part I focuses on the entities that are subject to regulation and registration as municipal advisors. Part II (the “Part II

On July 12, 2013, the CFTC adopted long-anticipated final cross-border guidance (the “Final Guidance”) that provides guidelines for the application of the CFTC’s swap regulatory regime to cross-border swap activities. At the same time, the CFTC adopted a phase-in compliance schedule (the “Exemptive Order”)[1] that extends, with material changes, the cross-border exemptive order issued by the CFTC in January 2013 (the “January Order”).[2]

The Final Guidance and the Exemptive Order address several important topics, including: 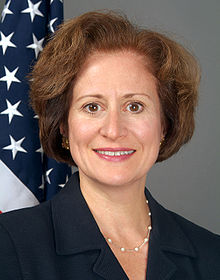 On May 1, 2013, the Securities and Exchange Commission took long-awaited action to propose rules governing cross-border activities in security-based swaps. The SEC’s proposal, developed over the course of more than two years, reflects a holistic approach that differs in key respects from that taken by the Commodity Futures Trading Commission with respect to transnational swap activities (the “CFTC Proposal”). In light of the far-ranging significance of its cross-border proposal, the SEC has reopened comment periods for many of its previously proposed security- based swap regulations and its policy statement on the sequencing of compliance with these rules.