As we enter the peak of proxy season, we review executive compensation trends in the U.S. based executive pay disclosures so far this year. Our key findings include:

More than two-thirds of S&P 500 companies and approximately half of all Russell 3000 companies have filed proxy statements containing executive pay information for the previous fiscal year. Same-store CEO pay levels show a healthy increase, with a median change in same-store S&P 500 CEO pay of approximately 6 percent compared to the previous fiscal year. These are companies that had the same CEO for the most recent two fiscal years. Non-S&P 1500 companies in the Russell index demonstrate the highest increase in same-store CEO pay with a median increase of 7.4 percent compared to the previous year.

** “Same-store” means companies with the same CEO for the most recent two fiscal years. 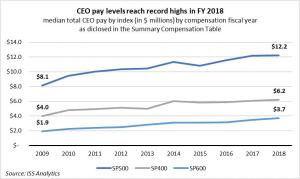 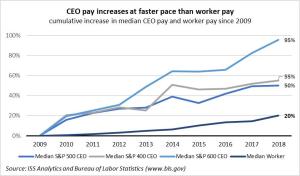 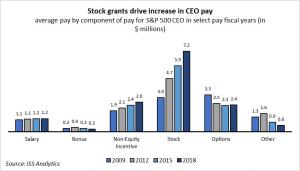 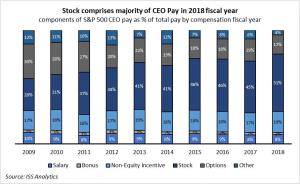 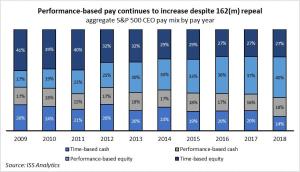 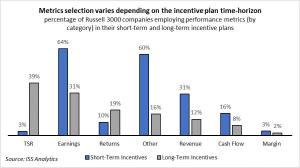 Taking a closer look at the S&P 500 universe, we observe a higher percentage of companies employing performance metrics, as large companies are more likely to have long-term incentive plans in place. Similar to the Russell 3000 universe, TSR, earnings, and returns are the most prevalent metrics categories used among S&P 500 companies. 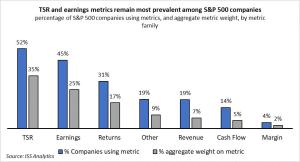 This post comes to us from Institutional Shareholder Services. It is based on the firm’s memorandum, “2019 U.S. Executive Compensation Trends,” dated April 12, 2019, and available here.