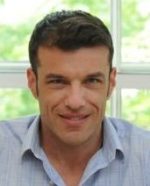 Stock-option backdating, the practice of changing the reported date of a stock-option grant to an earlier date, proliferated in the 1990s and early 2000s, with nearly one-third of public corporations engaging in it, according to some estimates (Heron and Lie, 2009). The discovery of it left many to wonder how such a practice could spread undetected so widely, for so long. Many believe it spread through social ties among executives, but that explanation seems lacking. Most executives who backdated were not versed in accounting rules, and the practice required falsifying several separate, formal documents – including the firm’s quarterly and … Read more