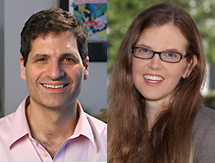 Despite the recent drop in oil and natural gas prices, fossil fuels continue to flow out of U.S. wells at astounding rates. In just a few years, the United States has transitioned from a position of substantial dependence on foreign fuels to the status of a leading producer of both oil and gas. This is due largely to the combination of horizontal drilling and hydraulic fracturing deployed in shale formations around the United States. This rapid transition has greatly benefited parts of the country economically but also shows the perils of resource booms and the busts that follow. The current … Read more