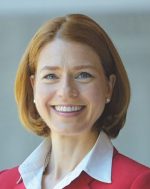 The most vital and deeply practical argument for more broadly understanding corporate purpose comes from the management literature and the data on how to motivate people in organizations. Put simply, people in organizations do not work as hard or come up with as many innovations for companies unless they see themselves as part of a broader purpose beyond wealth maximization for shareholders. Employee engagement, first described in management literature, and now addressed even in mainstream business publications such as Forbes, is “the emotional commitment [an] employee has to the organization and its goals. When employees care … Read more

What are cryptocurrencies: securities, commodities, or another form of established currency – a non-sovereign fiat currency? In my forthcoming article, “Cryptocommunity Currencies,” I argue that, like other self-governing bodies, communities that issue cryptocurrencies should be judged on how well they support their currencies, an approach very similar to how we have evaluated traditional sovereign issuers of currency. Indeed, as traditional-sovereign-issued currency becomes entirely digital, functional distinctions between it and widely-accepted non-sovereign fiat currency start to disappear. The primary way, then, to distinguish between the value of such currencies is to compare the quality of their institutional backing… Read more

In my most recent article, ‘Don’t Ask, Don’t Tell’ Corporate Crime, I argue that modern large-scale corporate crime is driven and shaped by ‘don’t ask, don’t tell’ incentives.[1] ‘Don’t ask, don’t tell’ enforcement based on disclosure polices what corporations say, rather than what they do. The approach also places large, irrelevant burdens on businesses; fuels corporate crime by insulating middle management from prosecution; and, ironically, allows wrongdoing to incubate for increasingly long periods of time without actually revealing what we need to know. Using the 2015-17 Volkswagen scandal as an illustration, I identify three … Read more