On May 6, 2016, the Delaware Supreme Court affirmed the Delaware Chancery Court’s ruling that Zale Corporation’s sale to Signet Jewelers withstood scrutiny under the business judgment rule because the transaction was approved by a fully-informed, uncoerced vote of the disinterested stockholders, and that an aiding and abetting breach of fiduciary duty claim against Zale’s financial advisor failed as a matter of law where the plaintiff failed to establish that the Zale board had acted with gross negligence.  In so holding, the Court reaffirmed its holding in Corwin v. KKR Financial Holdings LLC, 125 A.3d 304 (Del. 2015), that … Read more

On September 10, 2015, a divided panel of the Second Circuit issued an opinion in Berman v. Neo@Ogilvy LLC, No. 14-4626 (2nd Cir. Sept. 10, 2015), creating a split with the Fifth Circuit on an issue that has also divided lower federal courts: whether the anti-retaliation provisions in the Dodd-Frank Wall Street Reform and Consumer Protection Act apply to tipsters who claim retaliation after reporting internally, or only to those retaliated against after reporting information to the SEC.  The Second Circuit, granting Chevron deference to SEC interpretive guidance, held that Dodd-Frank protections apply to internal whistleblowers.  This … Read more

On August 4, 2015 the Securities and Exchange Commission issued interpretive guidance elaborating its view that the anti-retaliation provisions in the Dodd-Frank Wall Street Reform and Consumer Protection Act apply equally to tipsters who claim retaliation after reporting internally, as well as those who are retaliated against after reporting information to the SEC. The guidance reflects that there is a split among federal courts over whether Dodd-Frank’s whistleblower retaliation provisions apply to internal as well as external reporting, and recognizes that the only circuit court to decide the issue to date, the Fifth Circuit, has taken a contrary position to … Read more

Over the past year, the SEC and other regulatory agencies have initiated an increasing number of investigations into companies based on allegations of inadequate internal controls and/or a system for reporting those controls. (For more on internal controls and a discussion of recent regulatory activity in this area, see Jason M. Halper & Jonathan E. Lopez, et al., Assessing the Increased Regulatory Focus on Public Company Internal Control and Reporting, Bloomberg BNA: Securities Regulation & Law Report, Oct. 6, 2014, available at: http://s3.amazonaws.com/cdn.orrick.com/files/BloombergBNA.pdf.)

“Internal controls” are the procedures and practices instituted by a company to manage risk, … Read more

On March 14, 2014, the Delaware Supreme Court upheld the Court of Chancery’s 2013 decision in In re MFW Shareholders Litigation , holding that in going-private mergers where there is a controlling stockholder, the use of both a truly independent special committee and a majority of the minority stockholder vote, allows for judicial review under the deferential business judgment standard.

In mid-2011, Ronald Perelman’s wholly-owned holding company, MacAndrews & Forbes, a 43% stockholder of M&F Worldwide (MFW), made a proposal to take MFW private by acquiring the minority shares at $24 per share. In its initial proposal, MacAndrews & … Read more 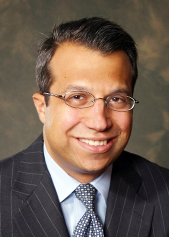 The following post is based on a memo originally published by Cadwalader, Wickersham & Taft LLP on November 14, 2013 which can be found here.

Two recent Delaware Chancery Court opinions, issued on October 25 and November 9, 2013, illustrate the high bar that buyers and sellers must clear to escape an unfavorable deal or obtain a  court order requiring a deal to close.

In June 2013, Apollo Tyres agreed to acquire Cooper Tire & Rubber Co. for $35 per share in a  $2.5 billion transaction. Within weeks, commentators have suggested, buyer’s remorse set in. In  July, Apollo’s … Read more