The current scope of the insider trading prohibition is arbitrary and unrationalized. Both sides in the debate should be able to agree on this, as the current scope is at the same time both underinclusive and overinclusive. On the one hand, if a thief breaks into your office, opens your files, learns material, nonpublic information, and trades on that information, he has neither breached a fiduciary duty nor “feigned fidelity” to the source and is presumably immune from insider trading liability under current law. On the other hand, if an employee of an acquiring firm seeks to test out information about a potential target with a friend at a major investor in the target and that investor later acquires more stock in the target based on that conversation, it is possible under SEC v. Obus that the employee will be deemed to have violated Rule 10b-5 on theory that he made a gift of the information, even though no payment or economic benefit is paid to the alleged tipper. This is considerably grayer behavior than that of the thief. Thus, drawing lines so that the thief escapes liability, while the inquiring employee does not, seems morally incoherent. Nor are such lines doctrinally necessary. Read more

A dramatic reversal occurred in the capital markets, beginning around 2000, and its causes and implications appear to have been widely misunderstood. From 1980 to 2000, an average of 310 operating companies did initial public offerings (IPOs) each year, but from 2001 to 2011, this number fell by over two-thirds to only 99 operating companies per year.1  This decline cannot be explained by macro-economic conditions as Gross Domestic Product more than doubled over this period.

Moreover, this decline has been even more precipitous in the case of smaller IPOs (hereinafter defined to mean IPOs of companies with pre-issuance annual … Read more

On January 14, Robert S. Khuzami and George S. Canellos published their response in the National Law Journal to my earlier column, “SEC Enforcement:  What Has Gone Wrong?”  Their column—“Unfair Claims, Untenable Solution”(available here)—minces no words, but in my judgment continues to miss the forest for the trees.  In responding, I want to emphasize that I am criticizing policies, not individuals.  I have no doubt that both men are able lawyers who have worked hard to improve the SEC’s performance.

In their response, Khuzami and Canellos focus primarily on whether the median value of SEC settlements has … Read more 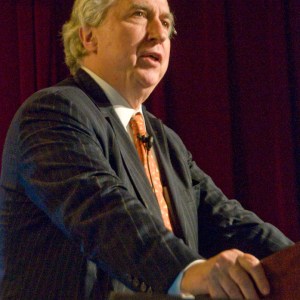 The humbling of two global banks in recent weeks has been greeted very differently on opposite sides of the Atlantic. Still, from the perspective of either side, large fines for interest rate rigging by Swiss bank UBS, and money-laundering by HSBC, point to the same conclusion: from now on, banks must protect their reputations as their most valuable asset.

On the US side, there has been considerable grumbling about the “lenient” treatment meted out to HSBC and UBS. Associations with Mexican drug cartels and Iranian militants or documented solicitation of price fixing usually attract the attention of federal prosecutors. Yet, … Read more

A disturbingly persistent pattern has emerged in U.S. Securities and Exchange Commission enforcement cases that involves three key elements: (1) The commission rarely sues individual defendants at large financial institutions, settling instead with the entity only; (2) when it does sue individual defendants, it frequently loses; and (3) the penalties collected by the commission from corporate defendants are declining and, in any event, are modest in proportion to the profits obtained.

In November, the SEC sued and settled with JPMorgan Chase & Co. and Credit Suisse Group A.G. for a collective $417 million, but named no individual defendants. This continues … Read more

For a number of years, commentators have noted that securities “reform” legislation seems to be passed only in the wake of major stock market crashes, with this pattern dating back to the South Sea Bubble. Some have argued that this pattern demonstrates the undesirability of such legislation, arguing that laws passed after a market crash are invariably flawed, result in “quack corporate governance” and “bubble laws,” and should be discouraged. Recently, this criticism has been directed at both the Sarbanes-Oxley Act and the Dodd-Frank Act. The forthcoming Cornell Law Review article, The Political Economy of Dodd-Frank: Why Financial Reform Tends … Read more