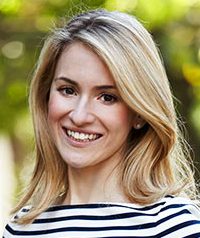 What do the emergence of independent directors in South Korea, the legal reforms on related-party transactions in India, the continued rise of environmental, social, and governance (ESG) factors in the United States, and the global spread of corporate governance codes have in common? They all trace back to efforts by international organizations – the International Monetary Fund (IMF), the World Bank, the United Nations, and the Organisation for Economic Cooperation and Development (OECD), respectively – to shape corporate governance around the world. The different corporate guidelines and norms produced by international organizations have had a noticeable impact on legal changes … Read more

The following post comes to us from Professor Mariana Pargendler of the Fundação Getulio Vargas School of Law at São Paulo, Brazil.

Despite prior waves of privatization, state-owned enterprises (SOEs) remain a fixture of the variety of capitalism embraced by Brazil, Russia, India, and China as well as other emerging and developed economies. The state, however, is too often not alone in the companies it controls. Minority shareholdings in government-controlled firms are pervasive around the globe, and have been on the rise in a number of jurisdictions. As of 2010, publicly traded SOEs accounted for a startling one-fifth of the … Read more

In our paper, The Evolution of Shareholder Voting Rights: Separation of Ownership and Consumption, which was recently made publicly available on SSRN, we show how the ownership patterns of early business corporations shaped their peculiar governance structure. While the nineteenth century saw the standardization and rapid spread of the modern business corporation around the world, those early corporations differed from their contemporary counterparts in important ways. Most obviously, they commonly deviated from the one-share-one-vote rule that is customary today, instead adopting regressive voting schemes that favored small over large shareholders. In recent years, both legal scholars and economists have … Read more