Some Thoughts for Boards of Directors in 2015

The challenges that directors of public companies face in carrying out their duties continue to grow. The end goal remains the same, to oversee the successful, profitable and sustainable operations of their companies. But the pressures that confront directors, from activism and short-termism, to ongoing shifts in governance, to global risks and competition, are many. A few weeks ago we issued an updated list of key issues that boards will be expected to deal with in the coming year (accessible at this link: The Spotlight on Boards). Highlighted below are a few … Read more

The Pershing Square-Valeant hostile bid for Allergan has captured the imagination. Other companies are wondering whether they too will wake up one morning to find a raider-activist tag-team wielding a stealth block of their stock. Serial acquirers are asking whether they should be looking to take advantage of this new maneuver. Speculation and rumor abound of other raider-activist pairings and other targets.

Questions of legality are also being raised. Pershing Square and Valeant are loudly proclaiming that they have very cleverly (and profitably) navigated their way through a series of loopholes to create a new template for hostile acquisitions, one … Read more

In a recent paper, Professors Lucian Bebchuk and Robert Jackson have extended Professor Bebchuk’s extreme and eccentric campaign against director-centric governance into a new realm—that of the Constitution of the United States. They claim that “serious questions” exist about the constitutionality of the poison pill—or, more precisely, “about the validity of the state-law rules that authorize the use of the poison pill.” It is likely, they argue, that these state-law rules violate the Supremacy Clause of the Constitution, and are thus preempted, because they frustrate the purposes of the Williams Act, the 1968 federal statute that governs tender-offer timing … Read more

In the latest instance of proxy advisors establishing a governance standard without offering evidence that it will improve corporate governance or corporate performance, ISS has adopted a new policy position that appears designed to chill board efforts to protect against “golden leash” incentive bonus schemes.  These bonus schemes have been used by some activist hedge funds to recruit director candidates to stand for election in support of whatever business strategy the fund seeks to impose on a company.

In its new FAQ, ISS warns that if a board adopts “restrictive director qualification bylaws” designed to prohibit “golden leashes” without submitting … Read more

ISS Proxy Advisory Services recently recommended that shareholders of a small cap bank holding company, Provident Financial Holdings, Inc., withhold their votes from the three director candidates standing for reelection to the company’s staggered board (all of whom serve on its nominating and governance committee) because the board adopted a bylaw designed to discourage special dissident compensation schemes.  These special compensation arrangements featured prominently in a number of recent high profile proxy contests and have been roundly criticized by leading commentators.  Columbia Law Professor John C. Coffee, Jr. succinctly noted “third-party bonuses create the wrong incentives, fragment the board and … Read more 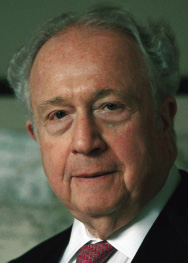 Harvard Law School Professor Lucian Bebchuk believes that shareholders should be able to control the material decisions of the companies they invest in.  Over the years, he has written numerous articles expressing this view, including a 2005 article urging that shareholders should have the power to initiate a shareholder referendum on material corporate business decisions.  In addition to his writings and speeches, Prof. Bebchuk has established and directs the Shareholder Rights Project at Harvard Law School for the purpose of managing efforts to dismantle classified boards and do away with other charter or bylaw provisions that restrain or moderate shareholder … Read more

In a series of recent rulings, the Delaware Court of Chancery has provided guidance for boards coping with dissident directors.  Kalisman  v. Friedman, C.A. No. 8447-VCL.

OTK Associates, LLC is the largest stockholder of Morgans Hotel Group Co.  Jason Kalisman is a founding member of OTK and a member of the Morgans board and, since late 2011, was a member of a special committee of the Morgans board tasked with evaluating the company’s strategic alternatives.  In mid-March 2013, OTK announced that it intended to run a proxy contest for control of Morgans at its next annual meeting, then scheduled for … Read more

The 2013 proxy season saw a continuance of the high and increasing level of activist campaigns experienced during the last ten years. There have been more than 300 activist attacks on major companies during this period. No company is too big to become the target of an activist, and even companies with sterling corporate governance practices and positive share price performance, including outperformance of peers, may be targeted. Among the major companies that have been attacked are, Apple, Sony, Hess, P&G, McDonald’s, ITW, DuPont, Target, Pepsi and Kraft. There are more than 100 hedge funds that have engaged in activism … Read more

This year, the practice of activist hedge funds engaged in proxy contests offering special compensation schemes to their dissident director nominees has increased and become even more egregious.  While the terms of these schemes vary, the general thrust is that, if elected, the dissident directors would receive large payments, in some cases in the millions of dollars, if the activist’s desired goals are met within the specified near-term deadlines.

These special compensation arrangements pose a number of threats, including:

NYSE Euronext, the Society of Corporate Secretaries and Governance Professionals and the National Investor Relations Institute have jointly filed a rulemaking petition with the SEC, seeking prompt updating to the reporting rules under Section 13(f) of the Securities Exchange Act of 1934, as well as supporting a more comprehensive study of the beneficial ownership reporting rules under Section 13. The petitioners urge the SEC to shorten the reporting deadline under Rule 13f-1 from 45 days to two business days after the relevant calendar quarter, and also suggests amending Section 13(f) itself to provide for reporting on at least a monthly, … Read more