The SEC Staff has issued revised guidance rescinding prior Staff Legal Bulletins addressing the exclusion of Rule 14a-8 shareholder proposals based on the social significance to a company, “micromanagement” or  “economic relevance.”  The changes will likely facilitate a larger number of shareholder proposals, including ESG proposals, coming to a shareholder vote.

Ordinary Business Exception: The new guidance revises the SEC’s application of the “ordinary business” exclusion, which considered whether a proposal was of social policy significance or sought to micromanage a company.  While the Staff has previously focused on the significance of a social policy issue to a particular issuer, … Read more

The SEC Division of Corporate Finance recently provided useful guidance on excluding certain Rule 14a-8 shareholder proposals (Staff Legal Bulletin No. 14I).  While helpful, we hope the SEC will undertake a much-needed comprehensive review of Rule 14a-8, including its outdated eligibility requirements. 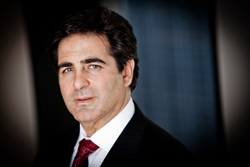 Delaware corporations and their advisers have been eagerly awaiting the response of the Delaware legislature to the recent surge in appraisal arbitrage and judicial pronouncements allowing this activity and suggesting that lawmakers should step in if they perceive a problem. It now appears based on a proposal released by the Delaware Corporation Law Council that the legislature may act as soon as this week. If the lawmakers follow the recommendations of the Council (which they usually do) the changes will likely disappoint Delaware corporations, make mergers and acquisitions in that important state more difficult, reduce deal flow, and lead to … Read more

A triad of recent decisions out of the Delaware Court of Chancery highlight the urgent need for legislative reform in Delaware to ameliorate the risk that appraisal arbitrage – now a multibillion dollar industry – poses to transactional vitality and shareholder value.

In two recent cases, In re Appraisal of Ancestry.com, Inc.[1] (Ancestry I) and Merion Capital LP vs. BMC Software [2], Vice Chancellor Glasscock followed the literal interpretation of the Delaware appraisal statute adopted in 2007 by Chancellor Chandler in In re Appraisal of Transkaryotic Therapies, Inc.[3] Before Transkaryotic, it was generally understood that … Read more

Yesterday the Staff of the Securities and Exchange Commission’s Divisions of Investment Management and Corporation Finance issued regulatory guidance (in the form of a user-friendly Q&A) concerning the proxy voting responsibilities of investment advisers (such as fund managers), the use of proxy advisory firms and the applicability of the proxy rules to such firms.  The Staff also made clear their expectation that proxy advisory firms and investment advisers will change current processes and systems to conform to the new guidance “promptly, but in any event in advance of next year’s proxy season.”

This welcomed guidance is part of the … Read more

The Pershing Square-Valeant hostile bid for Allergan has captured the imagination. Other companies are wondering whether they too will wake up one morning to find a raider-activist tag-team wielding a stealth block of their stock. Serial acquirers are asking whether they should be looking to take advantage of this new maneuver. Speculation and rumor abound of other raider-activist pairings and other targets.

Questions of legality are also being raised. Pershing Square and Valeant are loudly proclaiming that they have very cleverly (and profitably) navigated their way through a series of loopholes to create a new template for hostile acquisitions, one … Read more

The SEC staff has released new guidance regarding the use of social media such as Twitter in securities offerings, business combinations and proxy contests (as a senior SEC official telegraphed at the Tulane Corporate Law Institute conference). Until now, SEC legending requirements have restricted an issuer’s ability to communicate electronically using Twitter or similar technologies with built-in character limitations before having an effective registration statement for offerees, or definitive proxy statement for stockholders (as the legends generally exceed the character limits). Companies using Twitter and similar media with character limits can now satisfy these legend requirements by using an active … Read more

In the latest instance of proxy advisors establishing a governance standard without offering evidence that it will improve corporate governance or corporate performance, ISS has adopted a new policy position that appears designed to chill board efforts to protect against “golden leash” incentive bonus schemes.  These bonus schemes have been used by some activist hedge funds to recruit director candidates to stand for election in support of whatever business strategy the fund seeks to impose on a company.

In its new FAQ, ISS warns that if a board adopts “restrictive director qualification bylaws” designed to prohibit “golden leashes” without submitting … Read more

ISS Proxy Advisory Services recently recommended that shareholders of a small cap bank holding company, Provident Financial Holdings, Inc., withhold their votes from the three director candidates standing for reelection to the company’s staggered board (all of whom serve on its nominating and governance committee) because the board adopted a bylaw designed to discourage special dissident compensation schemes.  These special compensation arrangements featured prominently in a number of recent high profile proxy contests and have been roundly criticized by leading commentators.  Columbia Law Professor John C. Coffee, Jr. succinctly noted “third-party bonuses create the wrong incentives, fragment the board and … Read more

In a speech last week to the Society of Corporate Secretaries & Governance Professionals, SEC Commissioner Daniel M. Gallagher voiced “grave concerns,” which we have long shared, as to “whether investment advisers are indeed truly fulfilling their fiduciary duties when they rely on and follow recommendations from proxy advisory firms.”   He also said:

“It is troubling to think that institutional investors, particularly investment advisers, are treating their responsibility akin to a compliance function carried out through rote reliance on proxy advisory firm advice rather than actively researching the proposals before them and ensuring that their votes further their clients’ … Read more

This year, the practice of activist hedge funds engaged in proxy contests offering special compensation schemes to their dissident director nominees has increased and become even more egregious.  While the terms of these schemes vary, the general thrust is that, if elected, the dissident directors would receive large payments, in some cases in the millions of dollars, if the activist’s desired goals are met within the specified near-term deadlines.

These special compensation arrangements pose a number of threats, including: 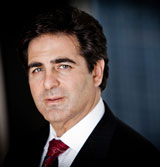 The following post comes to us from Trevor Norwitz, a partner at Wachtell, Lipton, Rosen & Katz in New York and a lecturer-in-law at Columbia Law School:

In the upcoming proxy season, shareholders at several major corporations will be asked to vote on proposals submitted by shareholder activists requesting that the board of directors facilitate the ability of shareholders to act by written consent.   This means that, rather than the most important decisions being made at an annual or specially called shareholders meeting, such fundamental changes as replacing the board or even selling the company could be made, in many … Read more

In a second Chancery transcript ruling on the subject in recent weeks, Chancellor Leo E. Strine, Jr. has made clear that Delaware has no per se rule against “Don’t Ask, Don’t Waive” standstill provisions (which prohibit a party subject to a standstill, including a losing bidder in an auction, from requesting a waiver from its standstill obligations). The Chancellor also provided guidance for using such a provision as an “auction gavel” to secure the best price reasonably available to a target company involved in a sales process. Last week’s ruling in In Re Ancestry.com is a welcome clarification that will … Read more