On Thursday, June 14, the SEC Director of Corporation Finance, William Hinman, stated his view that current secondary market trades of Ether are not now securities transactions as part of a speech on the treatment of digital assets under the securities laws.  While he expressly set aside the question of whether the capital-raising that initially accompanied the sale of Ether in 2014 was a securities offering, he confirmed previous suggestions that Ether is a prime example of a digital asset that may once have been offered as a security, but is now “something else” that is not  regulated by the … Read more

On January 29, 2018, the Federal Reserve and the FDIC (the “Agencies”) released feedback letters to 19 foreign banking organizations (“FBOs”) that last filed plans by December 31, 2015 (the “FBO Feedback”).[1] The most significant take‑away is that the resolution planning requirements for these FBOs have been substantially reduced from those previously requiredOK. Many of the FBOs now are permitted to file reduced or more limited plans by incorporating by reference information from their prior plans and by addressing more streamlined requirements in other areas. The FBOs must file their next … Read more 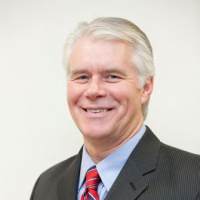 The 2007-2009 financial crisis was a watershed event that shook the confidence of people around the globe in the stability of the international financial system. The crisis demonstrated a failure of market discipline and the government responses only exacerbated this problem by confirming the long-standing expectation that some firms – particularly globally active financial companies – were too big or interconnected to fail.

On August 5, 2014, the Board of Governors of the Federal Reserve System and the Federal Deposit Insurance Corporation (the “Agencies”) released a Joint Statement identifying common shortcomings and action steps for the 11 largest financial companies that initially filed resolution plans in 2012 (the “First Wave Filers”).[1] Contemporaneously with the Joint Statement, the Agencies sent letters to each of the First Wave Filers in which they identified more detailed and specific shortcomings in individual First Wave Filers’ 2013 resolution plans and additional information required for the 2015 plans (the “Joint Letters”).

In effect, the Joint Statement and the Joint … Read more