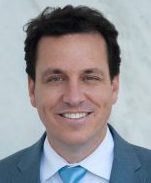 The validity of whistleblower reports based on secondhand information has been called into question by President Trump:

A whistleblower with second hand information? Another Fake News Story! See what was said on the very nice, no pressure, call. Another Witch Hunt!—President Donald J. Trump Twitter @realDonaldTrump

The Inspector General of the Intelligence Community (ICIG) seemed to hold a similar view of secondhand reports. An earlier version of ICIG Form 401 stated ICIG protocol as:

FIRST-HAND INFORMATION REQUIRED. In order to find an urgent concern ‘credible,’ the ICIG must be in possession of reliable, first-hand information. The ICIG cannot transmit … Read more

Due to the sensitivity of individual internal whistleblowing reports, we received only limited data on each whistleblowing event. No names or specific text were shared. We did have access to over 900 public company internal feedback systems, including reports about financial reporting issues, harassment or other HR issues, business integrity, … Read more