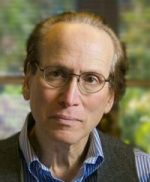 Bankruptcy-remote structuring – structuring an entity to protect it from internal or external factors that might prevent it from paying its debts as they come due or make it the subject of a bankruptcy case – is crucial to a wide range of important business and financial deals. Investors in securitization, project finance, covered bonds, oil-and-gas and mineral production payments, and other types of structured finance transactions – valued at many trillion of dollars of securities outstanding – require both the entity issuing securities and the transaction itself to be structured as bankruptcy remote. Public service commissions and other regulators … Read more

Sitting as courts of equity, bankruptcy judges have embraced an exceptionalist role whereby they exercise widespread discretion in deciding cases. The doctrine of equitable subordination epitomizes bankruptcy exceptionalism and its potential for market distortion.

The doctrine originated as a remedial measure to give innocent creditors of insolvent debtors priority over creditors that engage in malicious misconduct. The Supreme Court introduced equitable subordination in a bankruptcy case in which a parent company virtually preyed upon its subsidiary, effectively driving it into insolvency. The Court ruled that the subsidiary’s preferred shareholders should have priority over the parent’s intercompany debt claims against the … Read more

In a new article, I examine the development and regulation of digital currencies, which are monetary currencies that are evidenced electronically. Large “wholesale” payments among businesses and financial institutions already occur electronically, and bitcoin has been with us for more than a decade. Three recent events, though, are prompting the development of a “retail” digital currency – one used by consumers as an alternative to cash.

First, the People’s Bank of China has been working on a retail digital currency since 2014. It now has trial runs going in four cities. Second, Facebook announced in 2019 that it will … Read more

In a new paper, I examine the legal issues surrounding a “retail” central bank digital currency (“CBDC”), one that is used by consumers on a day-to-day basis as an alternative to cash. Most discussions about CBDC focus on its purported benefits and initial design. Little is written about how existing laws and regulations will extend to CBDCs or what new regulations will have to be implemented. My paper engages in that analysis.

The analysis assumes that future retail CBDCs will be account-based, meaning the currency will be represented by book entries in accounts that are held and managed by banks. … Read more

Since the 2008-2009 financial crisis, scholars, regulators, and policymakers have engaged in extensive studies to try to control excessive risk-taking by systemically important financial firms. In a recent article, available here, I argue that those studies do not fully explain the unusually excessive risks taken by financial firms as insurers of bonds and other debt securities, as sellers of protection under derivatives known as credit-default swaps (“CDS”), as providers of credit enhancement in securitization transactions, as issuers of standby letters of credit, and otherwise as guarantors of financial obligations (collectively, “financial guarantors”). Despite their sophistication, financial guarantors tend to … Read more

The shrinking middle class and the widening gap between the rich and the poor threaten social and financial stability. The noted economist Hernando De Soto has explained how the lack of credit increases wealth inequality. Largely due to poverty, 70 percent of the world’s population lacks registered title to their land, even in developed countries. The poor therefore cannot use their homes as collateral to borrow and create wealth. The impact is devastating not only to individuals but also to commerce, because mortgage lending is the primary source of capital used to start small businesses. 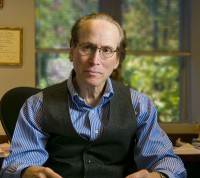 There is an increasing worldwide focus on trying to end the problem of “too big to fail” (“TBTF”). Regulators are concerned that systemically important financial firms might engage in excessive risk-taking because they would profit from a success and be bailed out by the government in case of a failure. This is primarily a problem of moral hazard, that persons protected from the negative consequences of their risky actions will be more tempted to take more risks.

My new article, available here, argues that, contrary to accepted regulatory wisdom, the problem is exaggerated. The central evil of TBTF is … Read more

When should changes in markets for financial securities drive changes in law? In my forthcoming essay, available here, I argue that a normative framework for making that examination would increase transparency and legitimacy. It would also help counter the tendency of politics to distort legal responses to market changes. During economic prosperity, for example, the political push for deregulation can leave financial markets under-protected. But when the bubble of prosperity inevitably bursts, the political push for regulation can lead to over-protective laws.

It is generally agreed that securitisation’s abuses contributed to the global financial crisis. Repayment of securities issued in certain highly leveraged securitisation transactions was so sensitive to cash-flow variations that, when the cash-flow assumptions turned out to be wrong, many of these highly rated securities defaulted or were downgraded. That, in turn, sparked a loss of confidence in the value of … Read more 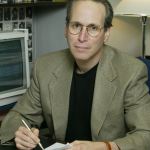 The following post is based on an article by Professor Steven Schwarcz of Duke Law School entitled Intrinsic Imbalance: The Impact of Income Disparity on Financial Regulation, which documents and examines the consequences of the extraordinary two-to-one income disparity between members of the financial industry and their regulators.

“Ring-fencing” is often touted as a potential regulatory solution to problems in banking, finance, public utilities, and insurance. However, both the precise meaning of ring-fencing, as well as the nature of the problems that ring-fencing regulation purports to solve, are ill defined.  My new article, recently posted here on SSRN, examines the functions and conceptual foundations of ring-fencing.

The recent report by the U.K. Independent Commission on Banking (known as the “Vickers Report”) proposes ring-fencing banks by legally separating certain of their risky assets from their retail banking operations.[1]  Federal regulators in the United States are considering requiring the … Read more 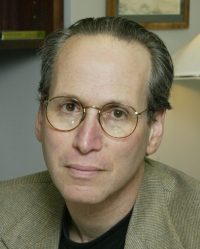 The article, The Custom-to-Failure Cycle, which I wrote with my research assistant Lucy Chang (Duke Law School class of 2012), examines how reliance on heuristic-based customs can lead to financial failures. In areas of complexity, people often rely on heuristics—by which we broadly mean simplifications of reality that allow people to make decisions in spite of their limited ability to process information. When this reliance becomes routine and widespread within a community, it can develop into a custom. This type of custom may not—and indeed, our article assumes, does not—become the basis for law per se. Rather, it is … Read more