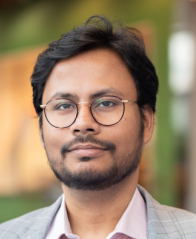 The persistent gender gap in corporate leadership has led several European countries to institute board-related policies such as gender quotas, starting with Norway in 2003. Recently, California became the first U.S. state to follow suit, with many more considering similar regulatory measures. Despite this, the World Economic Forum estimates that the gender gap in wages and leadership would not be bridged in the next two centuries at its current pace. It is hard to overstate the need to understand what company-level factors affect the gender pay gap. Moreover, given the public interest in reducing the gender imbalances at all levels, … Read more