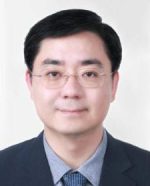 The court decision has set shareholder primacy as a legal obligation, not just a business objective, and created a distinction between corporate interests and the interests of other stakeholders such … Read more