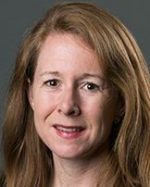 Public versus  private status is a common point of differentiation among companies and can determine, for example, how they are regulated and who can invest in them. Yet many private companies increasingly resemble their public counterparts. This blurring of the lines between public and private has been gradual, and in a new paper, I focus on three areas in which it has occurred: firms’ sources of capital, governance structures, and reliance on acquisitions to fuel growth.

First, there is growing overlap between public and private firms’ sources of capital. Private firms have traditionally been owned by founders and angel investors, … Read more

Over the past three decades, there has been increasing concern about how corporate governance structures such as classified boards and dual class stock entrench managers, reduce director effectiveness, and reduce firm value. Likely as a result, mature firms have increasingly eliminated these structures. While almost 60 percent of S&P 1500 companies had classified boards in the 1990s, only 35 percent had them in 2017. The percentage of companies with dual class shares has also dropped, from 12 percent of the S&P 1500 in the 1990s to 7 percent in 2017.

Strikingly, newly public firms’ structures have moved in the opposite … Read more

A wide body of literature emphasizes that venture capitalists focus on young private companies, generally in high-tech industries. However, contrary to this notion, we find that 29% of the firms that were backed by VCs prior to the IPO received additional VC funding within the first five years after the IPO, in a sample of IPOs between 1988 and 2010.

We find that this post-IPO VC financing is focused on companies with high information asymmetry and substantial growth opportunities.  These   companies  might otherwise find it difficult to raise capital at a viable price (see, e.g., Myers and Majluf, 1984).  In … Read more