The Financial Action Task Force (FATF), the inter-governmental body that recommends international standards for anti-money laundering (AML) and countering the financing of terrorism (CFT), released an updated version of its guidance on the application of FATF’s recommendations to virtual assets and virtual asset service providers (VASPs) on October 28, 2021 (the Guidance). The Guidance builds on FATF’s efforts to apply its AML/CFT framework to the virtual assets industry. United States Treasury Secretary Janet Yellen praised the Guidance, stating, “[t]he United States welcomes the significant work by the FATF to . . . provide clear standards and guidance for the … Read more

A recent SEC conditional no-action position (the “No-Action Statement”) has further opened the regulatory door to trading of digital asset securities (“DAS”), by allowing certain limited purpose DAS-only broker-dealers to maintain custody of these securities on behalf of customers.  As firms have sought to develop trading systems for DAS, questions regarding whether or how broker-dealers could custody these securities for customers in compliance with SEC rules has been one of the primary regulatory hurdles.  Efforts to meet the SEC staff’s prior guidance that broker-dealers generally could not custody DAS for customers triggered somewhat cumbersome workaround attempts.  … Read more 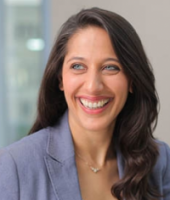 On July 12, 2013, the CFTC adopted long-anticipated final cross-border guidance (the “Final Guidance”) that provides guidelines for the application of the CFTC’s swap regulatory regime to cross-border swap activities. At the same time, the CFTC adopted a phase-in compliance schedule (the “Exemptive Order”)[1] that extends, with material changes, the cross-border exemptive order issued by the CFTC in January 2013 (the “January Order”).[2]

The Final Guidance and the Exemptive Order address several important topics, including: